Burrow was created as a response to Flappy-Bird. It had been almost 2 years since the release of Arcis and I wanted to challenge myself to build a game quickly, and to build a quick game.

I took the libraries that had been developed for Arcis and simplified and rewrote them for this project. Using that as a foundation I set out to build this game in 24-hours.

The mechanic is simple. The player controls a bunny and tries to avoid being eaten by the hawks. The bunny must eat carrots to gain health, and can Burrow to avoid being eaten. As the game progresses clouds come in and it becomes harder to see the birds and predict their attacks.

Michael Betz did the sound effects for this game (I believe he recorded them on a gameboy) and it can be downloaded from Google Play. I also have the source code on GitHub and a longer blog post about the game. 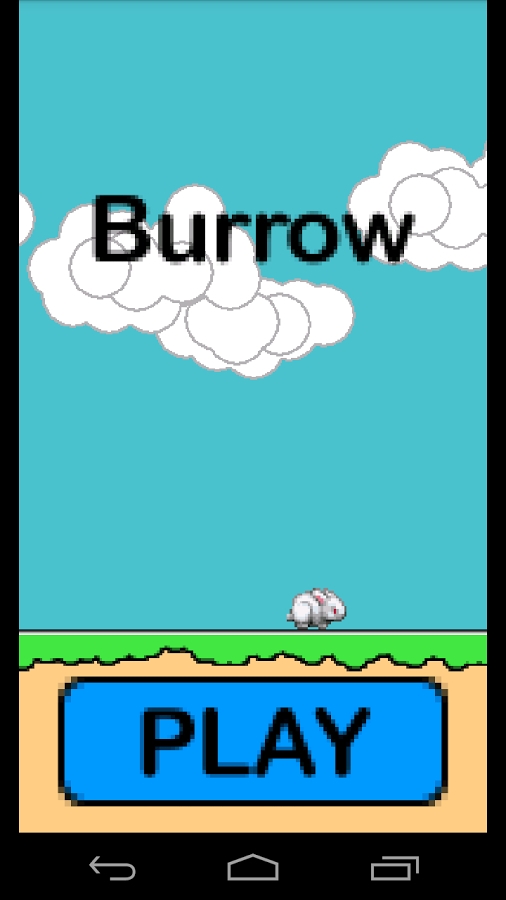 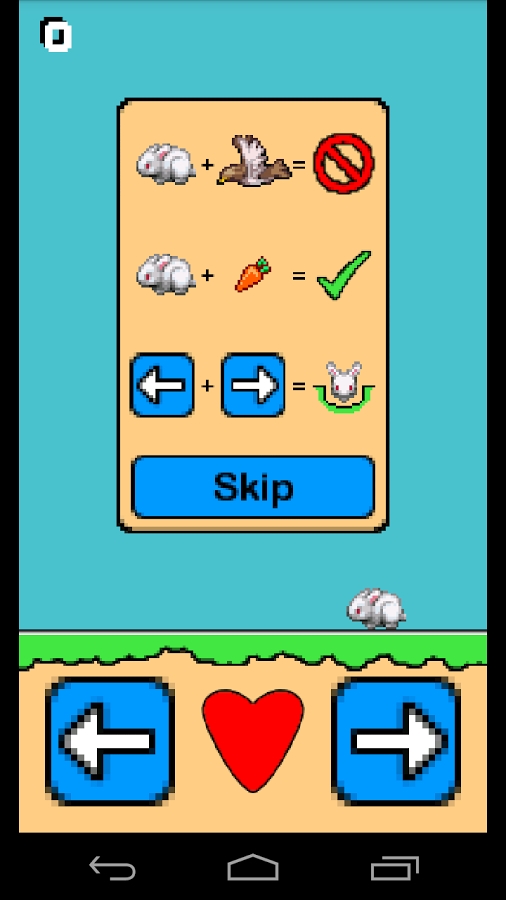 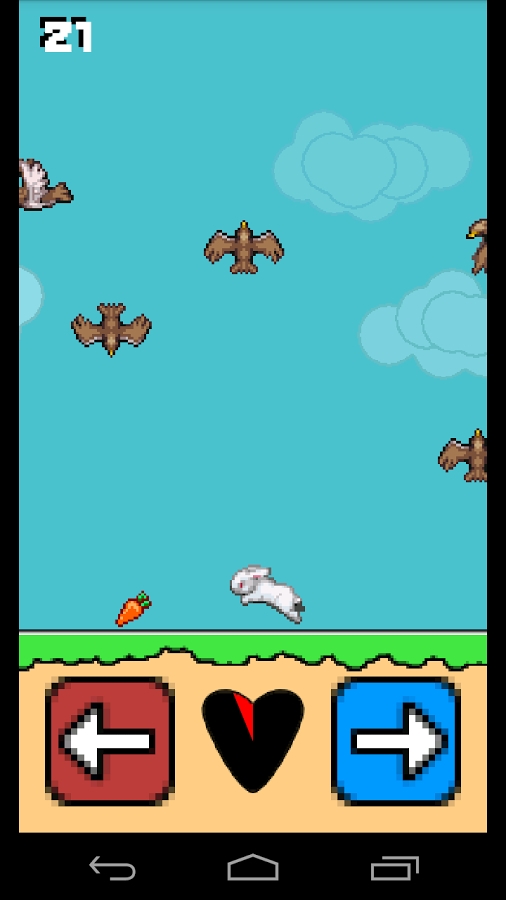 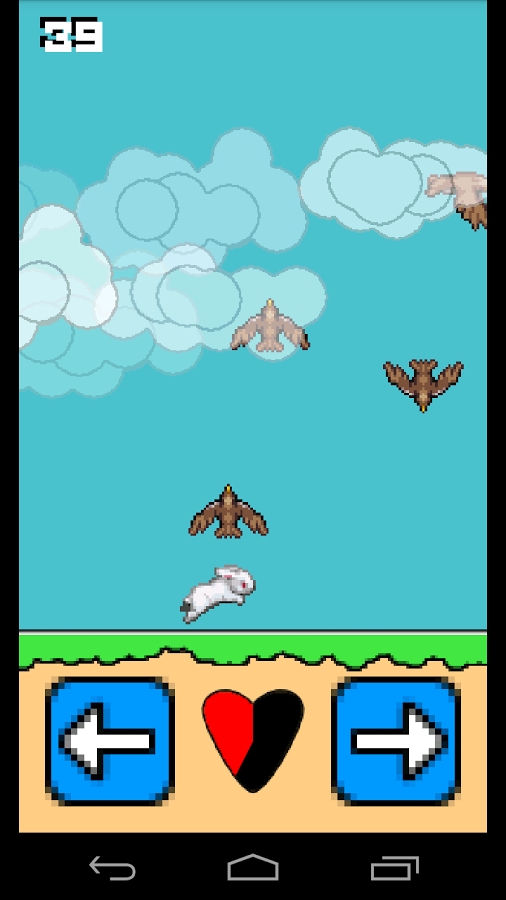