Ludum Dare 42: Running out of Space

Ludum Dare is a 48-hour game programming competition. I learned about this competition almost 10 years ago, and have been watching since then, but it’s never really worked out for me to participate.

Well this time it did! I blocked out the weekend when the date was announced, and was able to compete in my first Ludum Dare!

There are two main modes. Compo and Jam.

Compo is the traditional/original mode. One person has 48 hours to make a game from scratch. Any assets (graphics, music, etc.) must be created during the competition.

Jam is the more relaxed mode. It’s 72-hours and you can work in a group. You’re allowed to use premade assets, but must indicate as such on the results.

In the weeks leading up to the competition everyone is voting on themes. The final theme, Running out of Space was announced during my commute home Friday after work.

I spent Friday brainstorming, writing out game mechanics, and making the assets that I would use. Then Saturday morning I got up and built the engine and game on top of all of that.

In my brainstorming I started with types of space:

I really liked the idea of personal memories, but didn’t want to get into a game/story relating to any kind of illness. That needs to be done correctly, and I didn’t think that I could do that over a weekend without a lot of research.

I settled on cloud storage/device memory because it was safe and could be goofy, and was something that I could handle to completion in the time available.

SpaceIO is a game about running a cell phone startup, a startup where you manually manage the backup of user’s data. Your job is to make sure that none of your customer’s phones ever run out of space. Whenever they’re awake, the customers will be sending emails and taking photos like crazy.

You have to choose how and when to back up their data. If their phones fill up, they’ll take their business elsewhere. On top of managing the current customers, as a SpaceIO employee you have to set the price for new customers and oversee infrastructure upgrades. 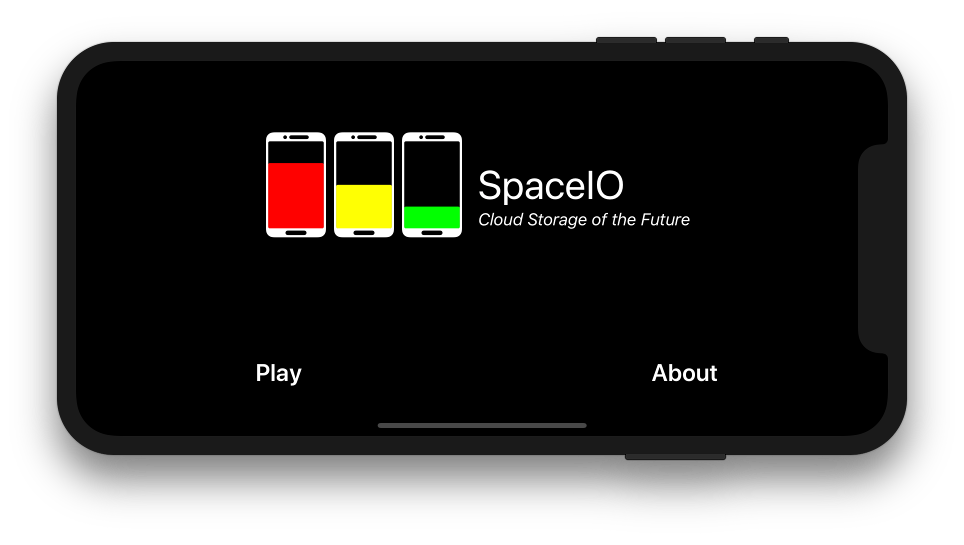 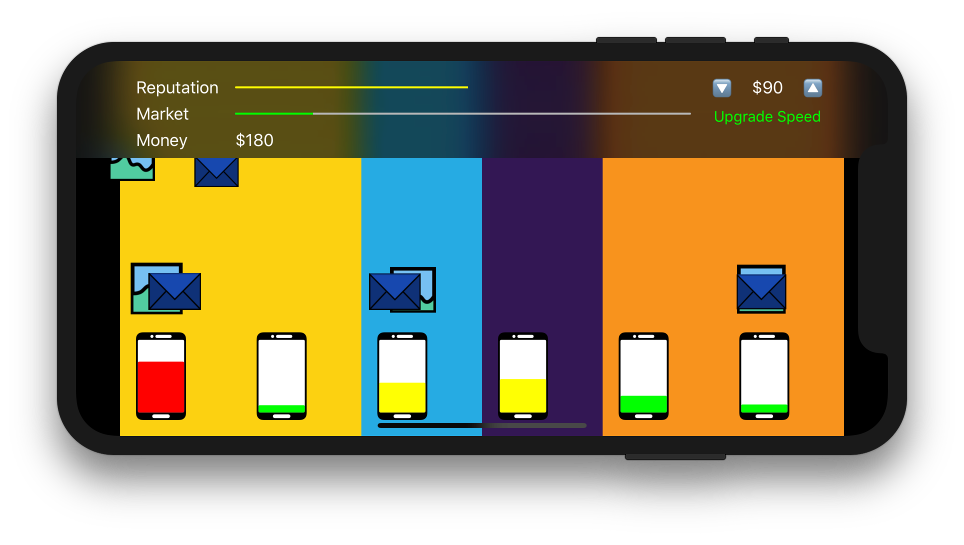 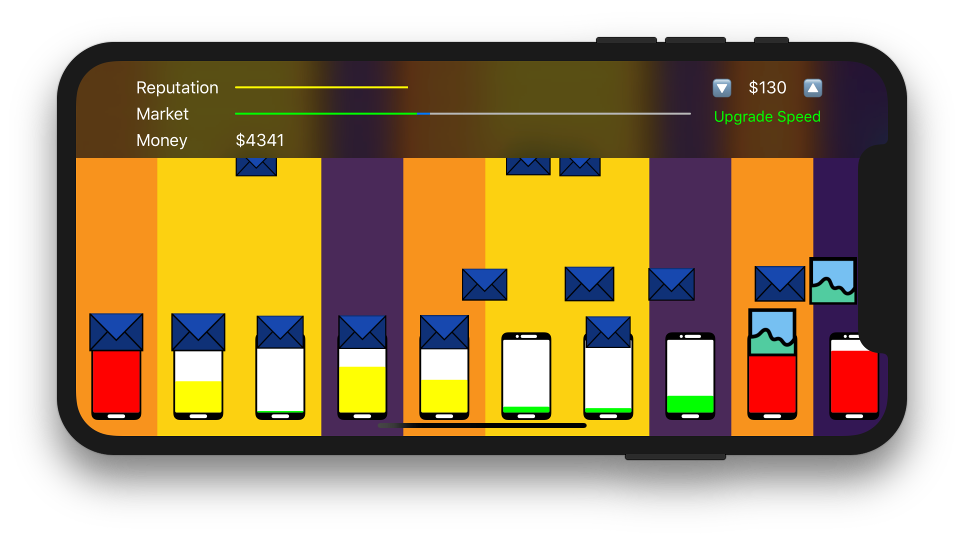 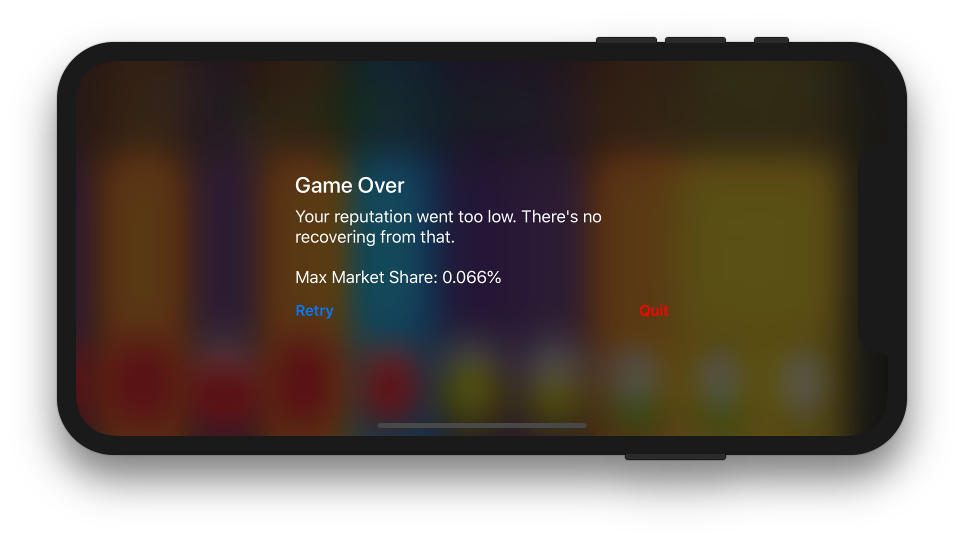 You can see the time of day for a given user based on the background color behind their device. When users are asleep they stop using data. This is a great time to back up their phones! Click to back up their device and avoid loosing them as a customer by letting them run out of memory.

Lose too many customers and your reputation will get so bad that you go out of business. The goal is to build up such a strong reputation that you’re acquired.

The game was received well overall, but was much harder for users to test than I anticipated. I put the game on Apple’s App Store, but did not realize that the Ludum Dare community is very heavy in Windows and Android users. So even with a direct download link, most people were unable to play the game.

I was very happy with the results, especially with my newness to the competition and the difficulties people had playing the game:

There were 3069 submissions, so finishing around 600th overall is pretty solid!

I spent 13 hours and 54 minutes working on this game over the course of Friday and Saturday. You can see a timelapse of all development below.