Consistent and high quality images are a critical aspect of building a strong social media program. For athletics this media must also be created quickly. It is important that posts about plays occur immediately after the play; any delay significantly reduces the effectiveness and impact of whatever was shared.

At Purdue, Matt sat in the pressbox during games and would receive feeds of photos from photographers on the field. These images would be fed into templates he had designed during the week and would then be sent out for sharing on Twitter and Instagram. The work Matt was doing with his team created high quality social media graphics.

Not every program has the resources to do that, and even at universities with resources, the smaller sports rarely receive the same treatment as football and basketball.

That is where Uplink comes in. Together we created a program that would allow individuals to take photos on the field and immediately create and share graphics built around those photos. Uplink ships with a set of templates for Baseball, Basketball, Football, Soccer, Softball and Volleyball, and all of the processing is done on the device. 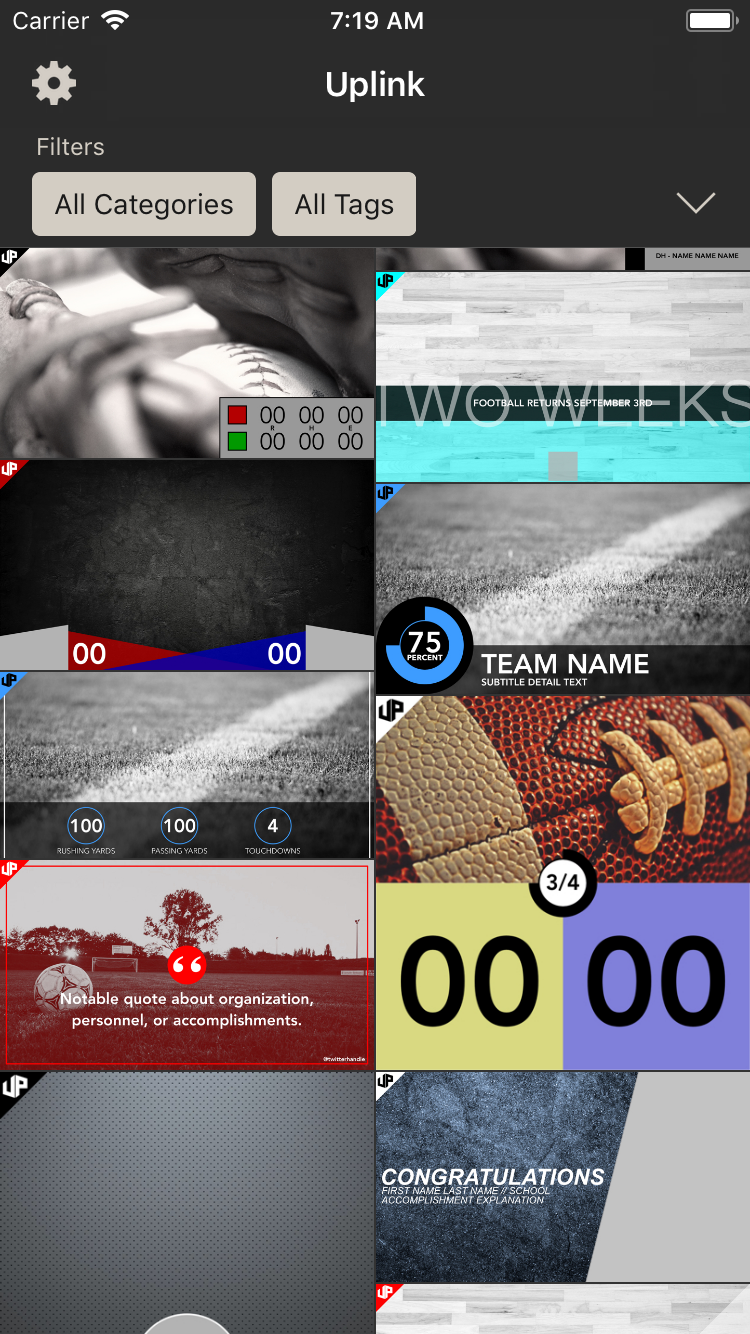 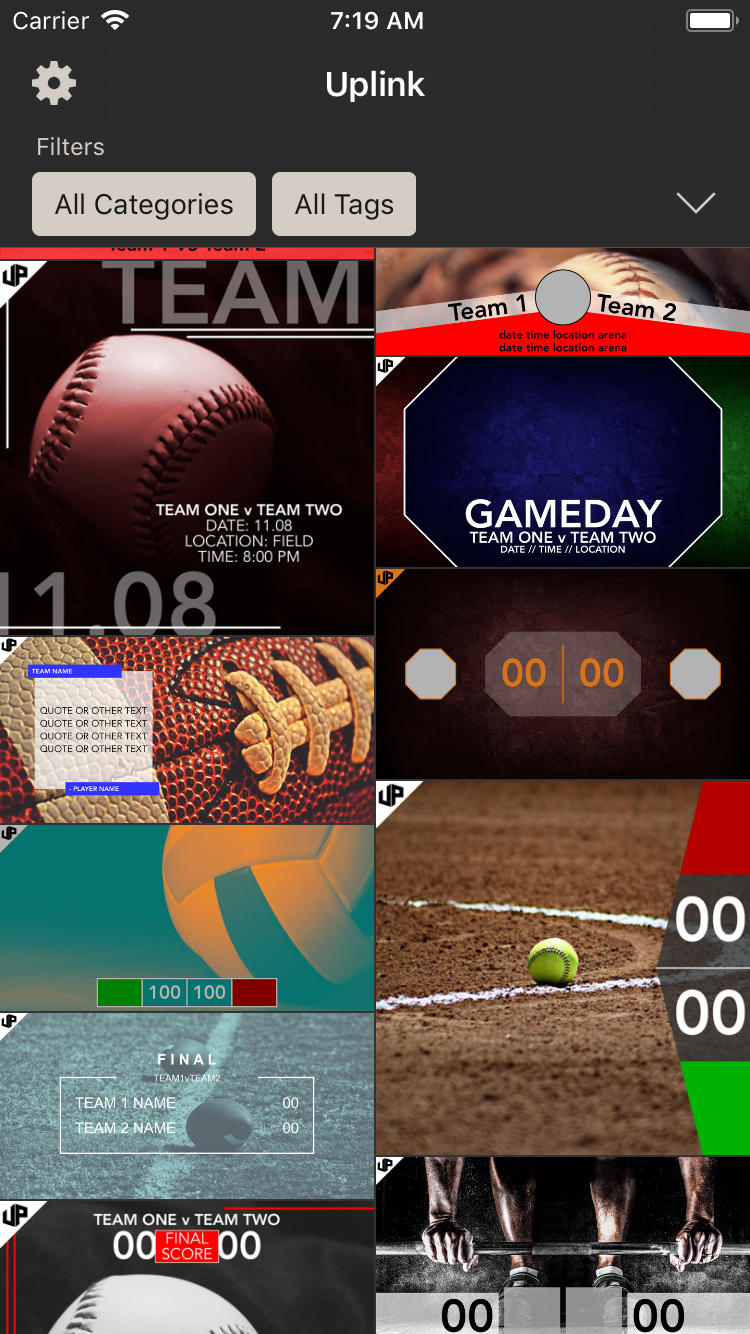 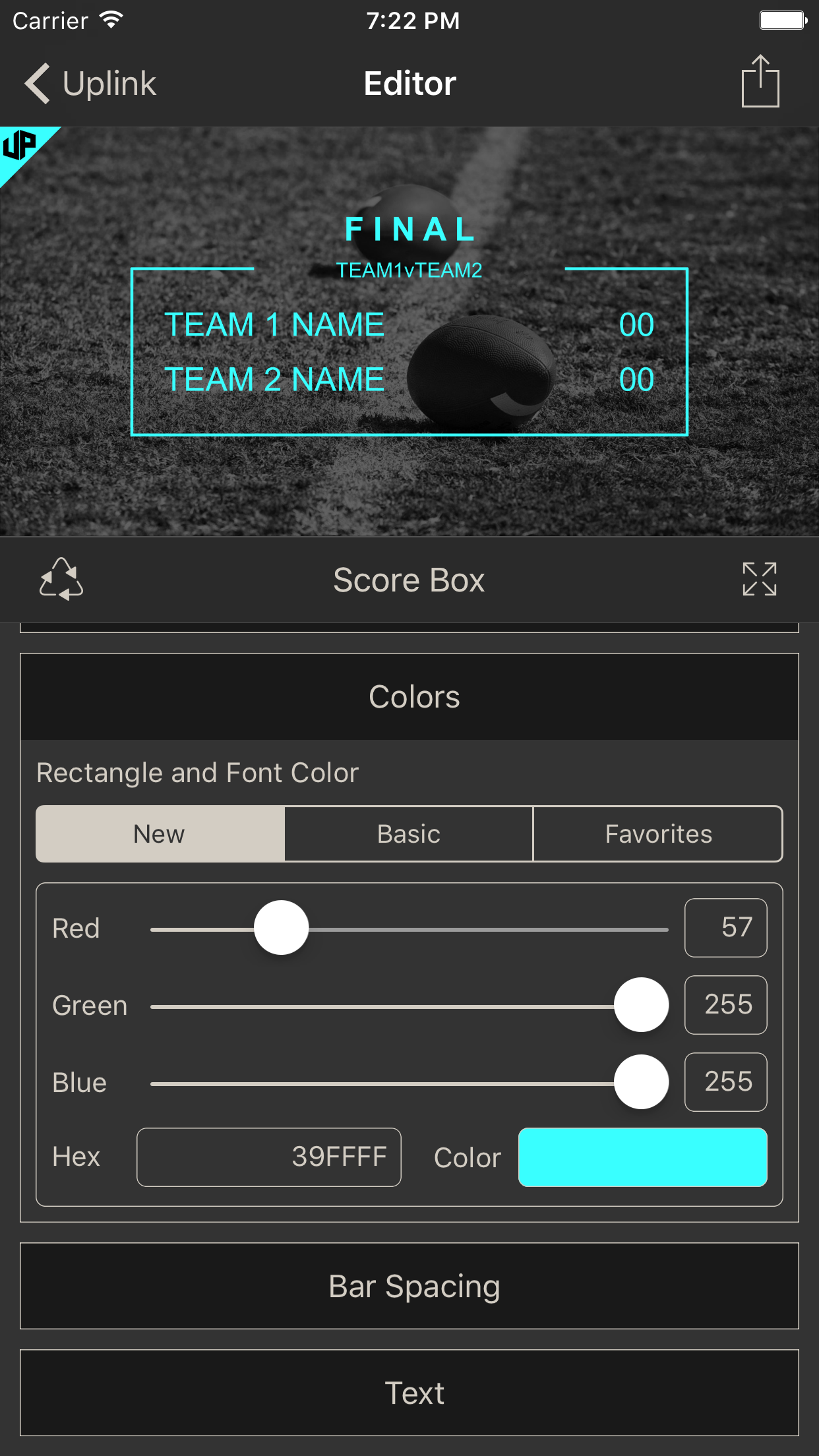 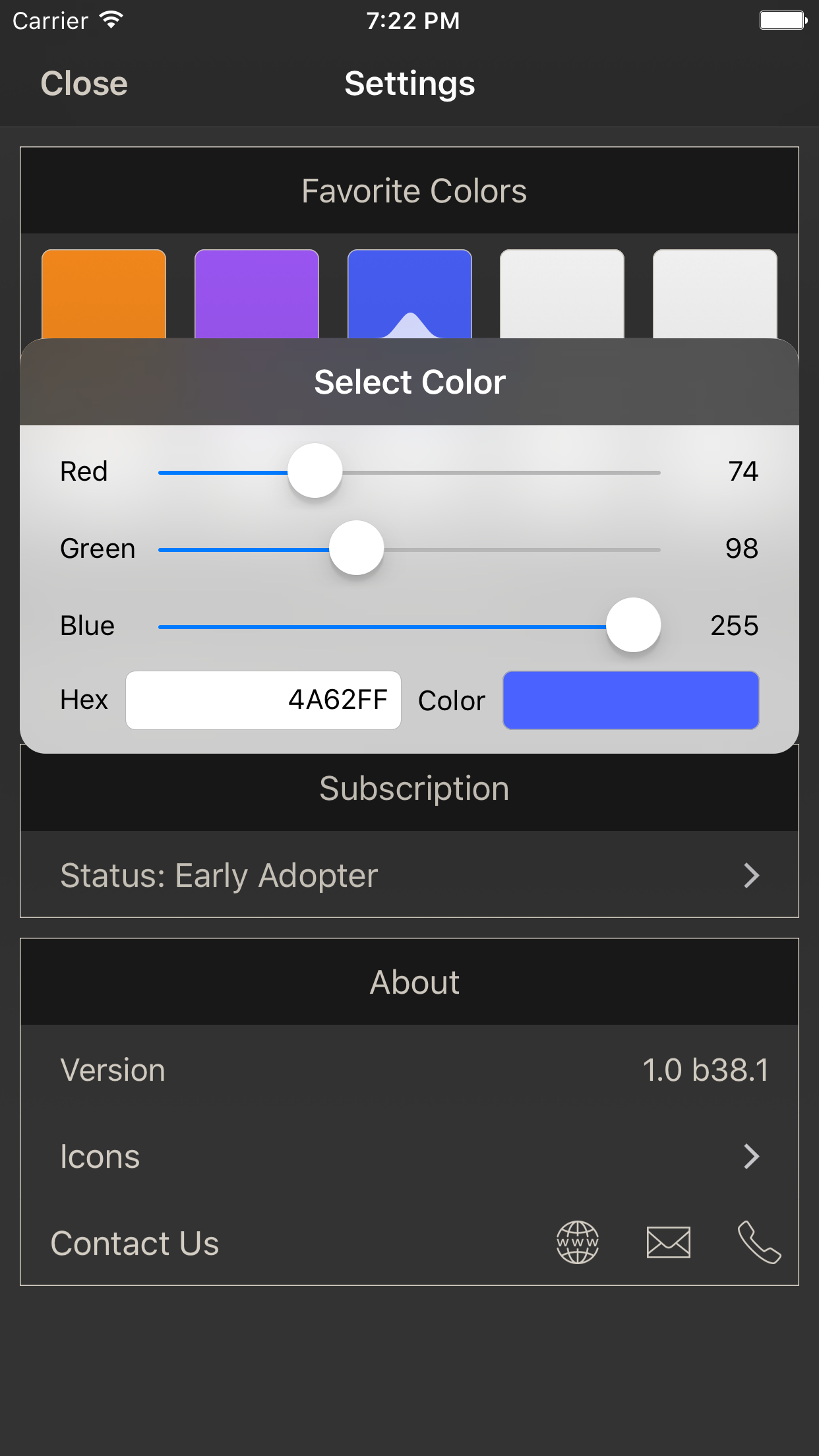 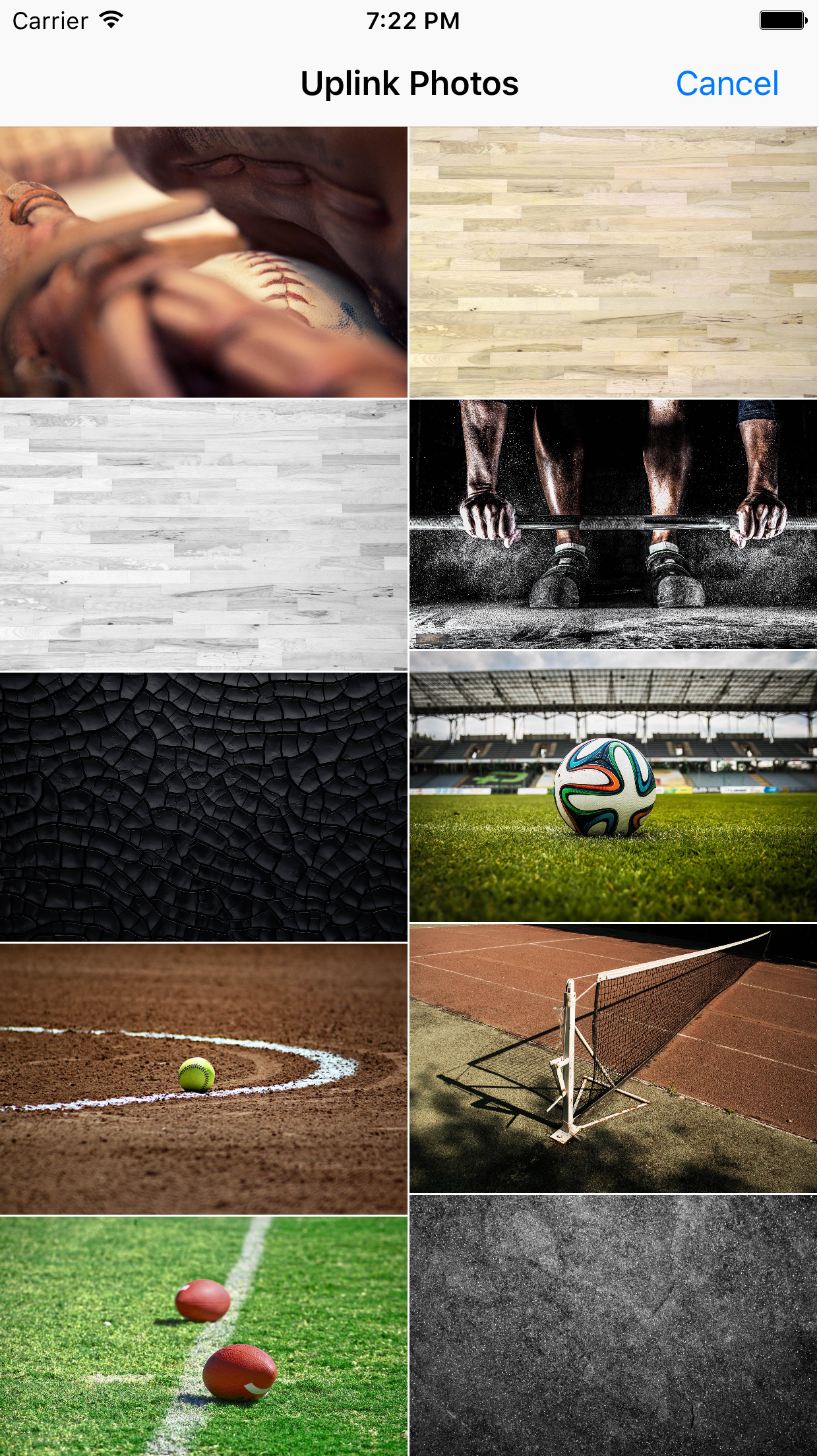 School colors and fonts could be shared in Uplink and the templates could be modified quickly to fit the needs of the program.

Uplink is live on the App Store and is still actively used today. Years after its release, we still have a large group of active users, around 80/month, with large spikes annually during March Madness. These users are building and releasing graphics that reach a much wider group of people in their respective communities.

Uplink was designed for and met the goal of providing resources to smaller schools and programs. One of my favorite photos is of an Uplink graphic used as a jumbotron background at a high school. That is the need Matt and I set out to fill. 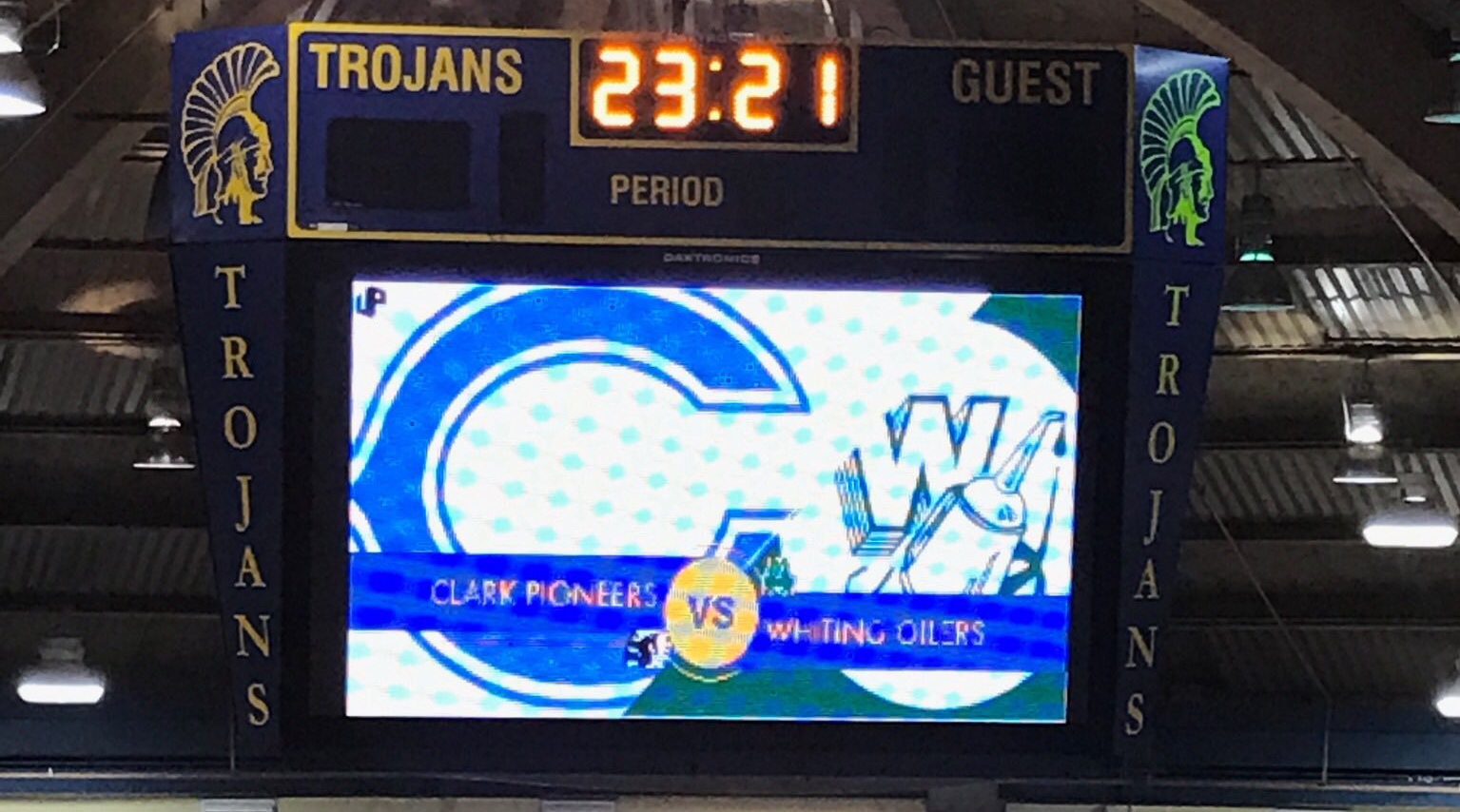 The promo video used for the original product launch is available below.